Following the Brexit vote, business leaders around the UK have been looking for ways to continue trading uninterrupted – whether that is domestically or with EU nations.

In this series, we’re catching up with those who have made big decisions for the future of their business in a post-Brexit world. This time round, HMG Paints quality system manager Rebecca Falder walks us through the creation of a full-time Brexit coordinator.

“Business as usual”, as far as possible

Having maintained strong relationships with the EU throughout the company’s history, the team behind HMG Paints decided to continue in the same vein, despite the issues caused by Brexit.

“As a business, we have decided to carry on with ‘business as usual’ as much as we possibly can despite the changes that Brexit has brought with it,” said Rebecca.

The HMG Paints business model involves exporting orders and purchasing raw materials from overseas, but the management team had made a conscious decision to continue operating as smoothly as possible, predominately to avoid disruption to customers.

“It wouldn’t be true if I said there was no disruption – but we are consciously trying to lessen this as much as we can.”

With additional processes, paperwork and logistics to now contend with, it became clear that this extra workload couldn’t be incorporated into existing roles.

“In order to achieve this continuation, we have dedicated a member of staff to look into all of the details regarding the compliance of Brexit, as well as importing and exporting,” Rebecca explained.

“We have had our Brexit coordinator in place since late 2020, when we were not sure whether there would be a deal or not,” she continued. “But we have been implementing slight changes since Brexit was announced, and as the situation unfurled over time.”

The main aim of introducing the Brexit coordinator was to maintain the company’s relationship with their client base, a key focus of the business. Having started as a relatively small business, HMG Paints has been able to develop itself through an open partnership with customers, which has created long-lasting, beneficial relationships.

“For that reason, ensuring continued support and no change in service level for our overseas customers was vital,” Rebecca explained.

She said that while other businesses had chosen to change or cease their operations in certain countries, this was never an option for HMG Paints as they wanted to maintain the same level of support for all their customers.

Despite the difficulties of the role, Rebecca said that the decision to create the position had been beneficial overall.

“I feel that our progress is good,” she stated. “We are being as agile as we are able to be in this situation, and [continue to put] our customers first in our decision-making process.”

Although overall progress has been good when it comes to understanding and working within the new Brexit regulations, Rebecca admitted that there were some hiccups along the way.  “For example, when we have an enquiry from a customer in a country we haven’t shipped to previously, it brings up new research to be done and new paperwork for that particular area.”

“Similarly, when we have items coming from overseas that have unforeseen issues, this can be challenging and make our progress feel depleted, but we are getting quicker at dealing with issues as they arise and meeting them all head on.”

Although Rebecca believes the introduction of this new role has been important for the business, she recognised that it wouldn’t have been enough to just take this one step:

“It’s been vital in terms of being organised prior to changes but, in practice, many actions have had to be done ad-hoc, as situations arise,” she went on.

Staying on top of the paperwork

The huge increase in the amount of paperwork required as a result of Brexit has been well documented in the media, and it’s a situation that the team at HMG Paints recognise all too well.

Realising that errors or delays in paperwork could have a great impact on their business, they made internal changes to cope with the changes.

“We have made a few key changes to our in-house system so that paperwork is produced in order to meet new requirements for carriage,” Rebecca explained.

She went on to add that the new in-house processes meant that the specifics and complications of creating paperwork had been lessened somewhat, but that a lot of the work still had to be done manually.

Similarly, although the business has planned for every eventuality, there have still been some issues surrounding the changes in paperwork requirements.

“We have had a few situations where our paperwork was accepted, but due to issues with other companies’ paperwork, the full container was held up and our order was delayed as a result of someone else,” Rebecca reported.

“This can be frustrating, so we have tried to avoid this and predict potential issues wherever we can.”

Rebecca emphasised that the thinking behind many of the company’s Brexit decisions was how it could maintain the well-established relationships with their clients.

“We have had to make some adjustments to our service, but tried to balance this with what our customers can cope with,” she explained, with particular reference to their import and export procedures.

“For example, we have adjusted the frequency of our deliveries to Ireland so we can send more in one full trailer to try to avoid any groupage issues.”

She added that the business had made similar contingencies when it came to importing goods, changing the regularity of imports so that it could receive a full shipment in one go. As well as making importing easier for the carrier, Rebecca said that this also helped to minimise unexpected delays that could occur if a container was shared with other companies.

The business also made the decision to stockpile a higher level of raw materials in case of any further disruption.

“We have increased our stockholding of certain raw materials to ensure we won’t be caught short and miss delivery to our customers,” Rebecca said.

“As a company, we’ve been implementing small changes such as that for quite some time.”

Tracking the impact of Brexit decisions

With so much uncertainty still surrounding Brexit and how the new regulations will affect trade into the future, the team at HMG Paints are carefully tracking the results of the changes implemented.

“Firstly, [we’re tracking] from a cost perspective, and closely monitoring the cost impact [Brexit] will have on our products and shipping fees etc,” Rebecca said.

“We have had to be flexible in our approach and, in many cases, absorb higher cost in the short–term while things stabilise. Later, we can re-negotiate with carriers and customers to ensure a sensible level of cost.”

Rebecca recognises that the tracking of the changes will continue long into the future, including monitoring excess costs. She believes that this agile approach will enable to business to make changes quickly if required.

For HMG Paints, one of the key indicators of the success of their changes will come from their customers.

“We are also tracking the impacts from a customer perspective,” Rebecca continued. “The main way we are doing this is informally through regular communication.”

As HMG Paints are a smaller business, Rebecca believes it’s easier for the company to keep track of how customers are feeling, either through informal conversations with customers with whom they have developed a long working relationship with, or by utilising sales representatives.

“We keep track of this information and records of customer meetings on our CRM system so we can refer back to this at any time in the future.”

Advice for other small businesses

With so many businesses having been affected by Brexit, there are plenty of questions still emerging.

For the team at HMG Paints, the business has found talking to other businesses, seeking out online help and attending webinars has helped them navigate the uncertainty.

“There is a huge amount of free or low-cost support, webinars, information, and help available, so make sure you utilise it as much as you possibly can do,” Rebecca said.

“As we are over a month [from] the deal, we are finding that most of the issues we are facing have been seen by other companies before, so we can learn from them and use all the assistance available,” she went on.

“Also involve yourself in the discussions on platforms such as the CBI (Confederation of British Industry) to ensure that your business is represented in the conversations that are occurring.”

Rebecca believes that, by involving yourself in the conversations surrounding areas that are still unfolding or being negotiated, there’s more chance of your specific issue being addressed.

“As an SME, I can speak from experience and say that, no matter the business size, people want to listen and assist if issues are consistently occurring.” 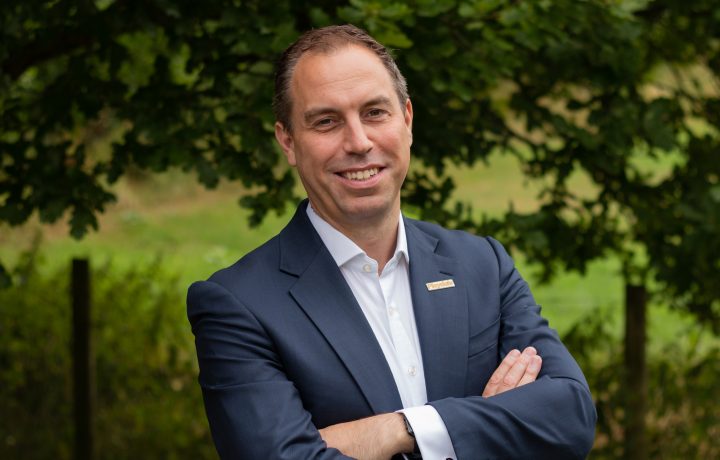